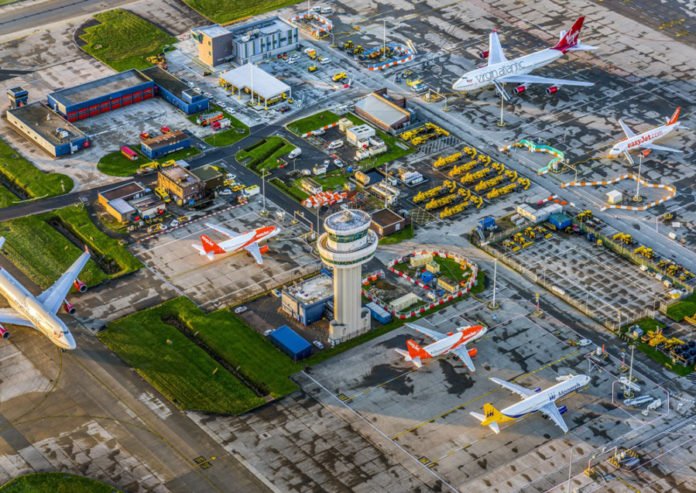 Gatwick Airport, also known as London Gatwick is a major international airport near Crawley in West Sussex, southeast England, 29.5 miles (47.5 km) south of Central London.  It is the second-busiest airport by total passenger traffic in the United Kingdom, after Heathrow Airport. Gatwick is the eighth-busiest airport in Europe. Until 2017, it was the busiest single-use runway airport in the world, covering a total area of 674 hectares (1,670 acres)